The Turtlebot 4 is produced by Clearpath Robotics from Canada and operated under the OSRF (Open Source Robotics Foundation), as an official ROS 2.0 development platform. Like the Turtlebot 1, this robot is again based on a chassis from iRobot®, the so-called Create® 3 platform.

Like its predecessors, the new TB4 is delivered with an extensive software base, which should offer a quick and easy entry into ROS, especially the ROS 2.0 framework. Thus, in addition to a complete SLAM & Navigation Stack, also a very good Gazebo simulation can be profited from. Because of this, fewer Turtlebots can be used for teaching at the beginning, since the simulation environment can also be used for theoretical content at first.

The three biggest differences of the TB4 Pro compared to the TB4 Lite, are as follows: 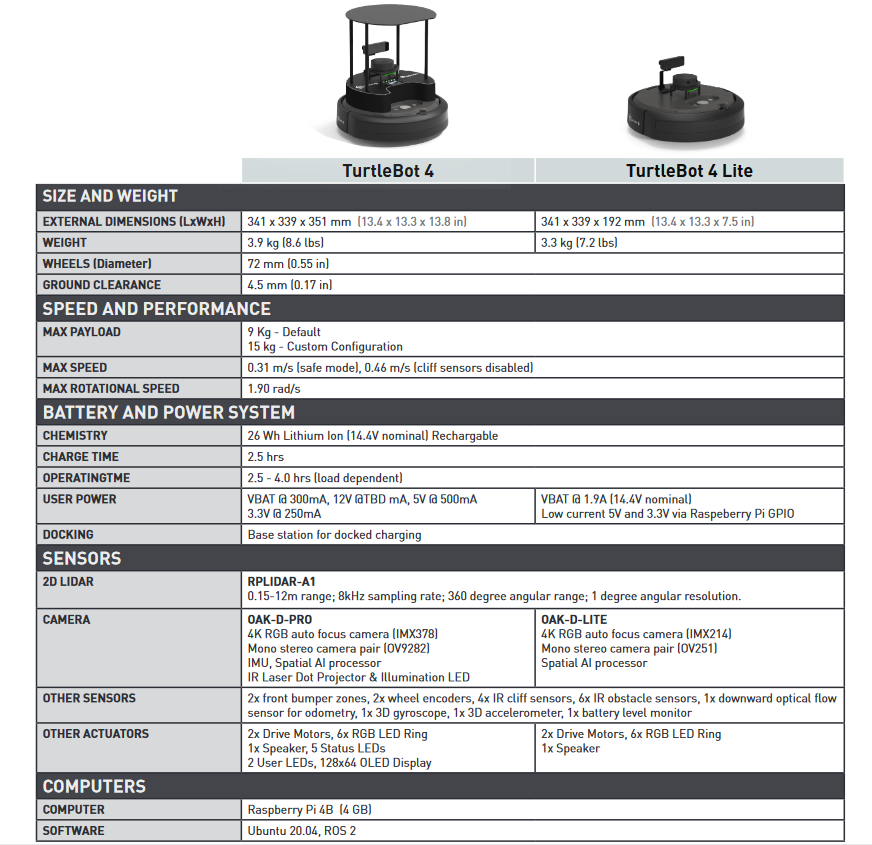